Even Perry Mason Messes Up from Time to Time 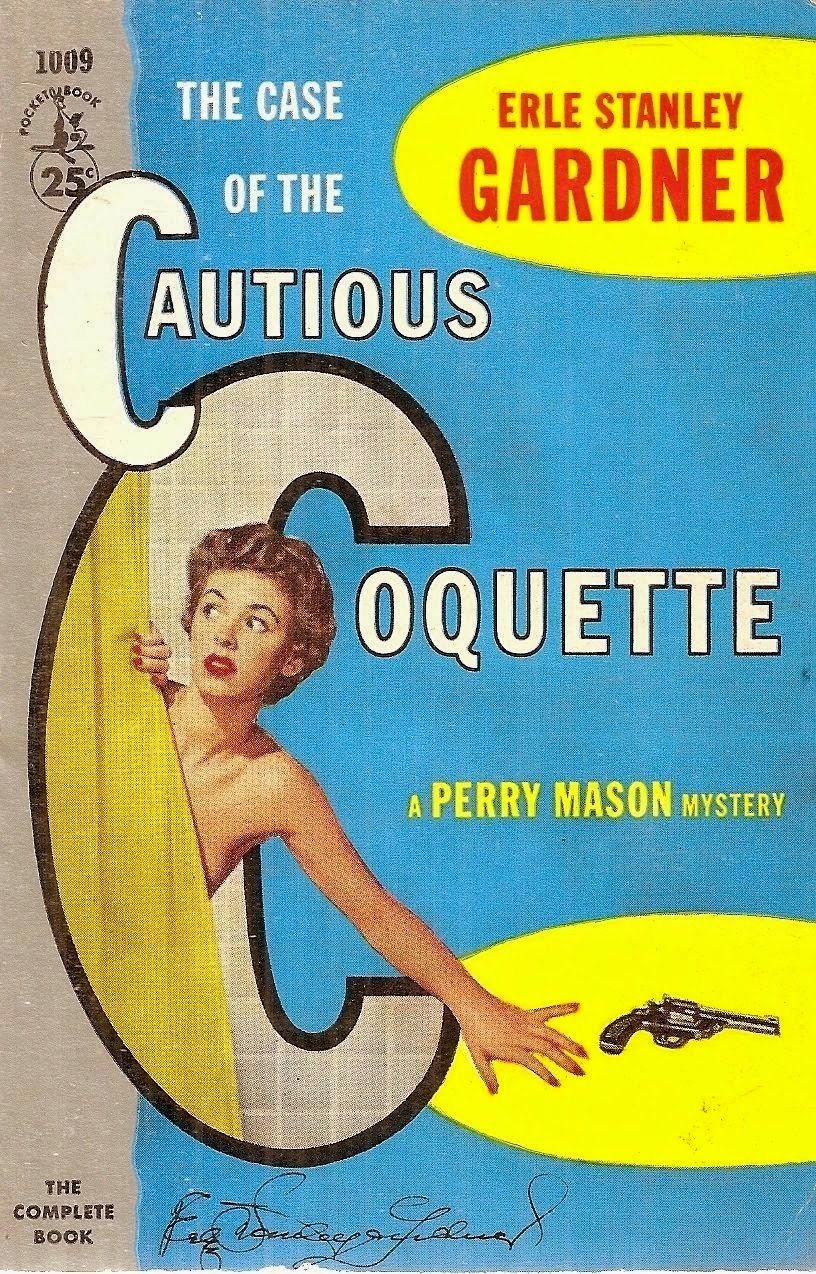 I enjoy the way Erle Stanley Gardner sets up this particular novel. Most of the time, a client hires Perry for one reason or another, then along the way someone is killed and Perry now has to defend his client against a murder charge.

In 1949's The Case of the Cautious Coquette, Perry is already working on a personal injury case when the novel opens, trying to track down a witness to a hit-and-run accident. This seems straightforward, but then he gets an anonymous tip that a woman named Lucille Barton is the witness, while another woman entirely shows up at his office also claiming to be the witness.

Perry soon realizes that Lucille had nothing to do with the accident, but wants to hire Perry to deal with an alimony situation with her ex-husband. Perry isn't interested, so when he and Lucille stumble across a dead body, he leaves her to report it to the police. He's eager to get back to the hit-and-run case and, besides, he enjoys the idea of being able to tell the cops everything he knows about the body without worrying about protecting a client.

But the body doesn't get reported right away. By the time Perry realizes he made an error in judgment in not following up on this himself, the body has been found anyways and he's tentatively placed at the scene of the crime by a witness. 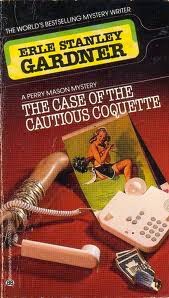 Lucille is arrested for the crime and Perry has no choice but to take her case. Aside from believing she is innocent, he also needs to claim client-lawyer privilege to keep from answering questions about that pesky corpse. He arranges a complicated trick to keep the witness from positively identifying him, then begins to unravel the case and identify the real killer during the preliminary hearing.

One of the pleasures of reading a Perry Mason novel is the fun of "watching" the cops and Hamilton Burger, convinced they've finally got Perry this time, stand by helplessly as Perry twists everything they try to his own advantage. It makes one wonder how poor Burger kept his job as D.A. But life in the Perry Mason universe wouldn't be anywhere near as fun without him.

Cautious Coquette has the usual entertainment value from the courtroom antics, but it's a particularly strong entry in the series because of the unusual set-up. Perry simply messes up by first making a reasonable but incorrect deduction about Lucille and then by depending on her to report the body. But Gardner understood the characters he wrote about--at no time does Perry seem dumb. He acts intelligently throughout the story, but errs in his judgement a few times along the way.  It's fun to watch circumstances put Perry in a hole, then to keep watching while he uses his brains to think his way out of that hole.