To Kill or Not To Kill 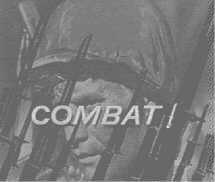 If I had to pick a favorite TV show, it's probably be Combat, the 1962-67 show about infantrymen in World War II France. Intelligently written, beautifully photographed in black-and-white for four of its five seasons and with actors who brought their characters to life, it combined great action with strong plots.

Vic Morrow played Sgt Saunders, the tough squad leader. He was really the backbone of the show--Saunders was a man determined to do his job as a soldier, but he also looked out for his men AND he never lost track of the difference between right and wrong. 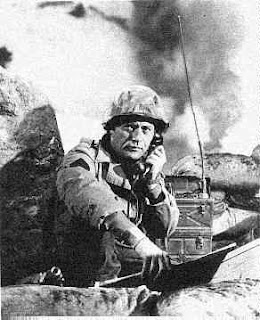 And that's one of the reasons this show is my favorite. A number of the best episodes placed Saunders and/or some of the other soldiers in a position where it was difficult to figure out exactly what the correct moral decision is. Here are good men fighting one of history's few truly just wars. That meant they had to shoot a lot of enemy soldiers in order to win the war. Most of the time, the show (I think quite correctly) assumes that this is justified.

But sometimes, things aren't so morally clear cut. The series premiered on October 2, 1962 with such an episode. Directed by Robert Altman, "Forgotten Front" is a true classic.

Saunders and three of his men are sent behind enemy lines to set up an observation post. They need to spot a big German artillery gun and radio in its location. That gun needs to be knocked out before the American troops advance the next day.

When setting up their post in a partially wrecked factory, they find a German inside. They take him prisoner.

Still good. They're at war with the Germans. Capturing or killing the enemy is their job.

But then things get complicated. This particular German prisoner is an aging ex-carnival performer who (he claims) had deserted the Werhmacht in hopes of surrendering to the Americans. As he explains: "I know what you think. 'This is the enemy.' Well, I am no one's enemy. I never had a fight in me. Never."

They plan to take him back to their own lines after their job is done. But one of the G.I.'s thoughtlessly blabs about the American advance while the prisoner is listening. Then a German tank parks outside the factory. The Americans will have to make a break for it and it no longer seems practical to bring a prisoner with them.

So what's the right thing to do? If they leave him, he might tell the Germans about the impending American attack. But if they can neither take him along nor leave him behind, is the only other option shooting the poor guy? 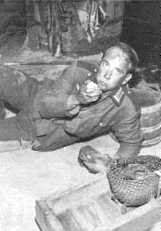 Albert Paulson plays the German with the perfect balance of pathos and charm. He's just a nice guy stuck in an army he did not willingly join. He's no a villain. As writer and Combat scholar Jo Davidsmeyer points out: "The story has no villain, except for the war itself."

And Morrow is wonderful as Saunders. Sgt. Saunders was one of TV's toughest tough guys, right up there with Matt Dillon or Robert Stack's version of Elliot Ness. But Morrow played him in a way that never let us forget he was just a human being. To quote Jo Davidsmeyer again in her excellent review of this episode: "Besides playing the many levels of a harried and exhausted soldier leading men who don't wish to be lead, [Morrow] shows us a man at odds with his own actions and with what he must ask of his command."

Pierre Jalbert, playing one of the GIs, also shines in this episode. "Forgotten Front" is an awesome piece of drama, believably setting up a situation in which good men struggle over a real moral dilemma.