Death of a Star

Gold Key had the comic book rights to Star Trek from 1967 (when the show was still airing) until 1978--the rights went to Marvel when the first movie was being produced and poor Gold Key was on its last legs by then anyways.

During those 11 years, they published 61 issues. It was a very mixed bag in terms of quality. Early on, the writers and artists were apparently told very little about the show--something that was apparent on the several occasions when Mr. Spock broke out in laughter (without having been infected by alien spores first). The stories themselves were often very silly, though they were nearly as often still entertaining.

Taken for what it is, Gold Key's Trek stories are fun. And every once in awhile, they'd come up with something really cool. 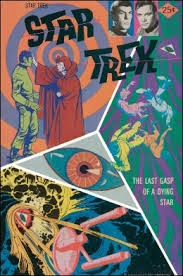 Star Trek #30 (May 1975) has the Enterprise observing a star that's about to explode. It should be a routine mission, with the starship keeping watch from a safe distance.

But then they pick up life forms on a planet orbiting the sun. This is confusing, because earlier probes had indicated no intelligent life at all.

There's still a day before the sun blows, so Kirk investigates by bringing the Enterprise into orbit around the planet. He, Spock, Uhuru and Nurse Chapel beam down to a jungle environment.

Once there, shenanigans ensue. Lightning strikes herd them through a path that mysteriously opens up through the foliage, bringing them to a pyramid. Inside the pyramid is an old lady who claims to be a sun-god and states she's ready to die. She says her name is Isis--the same as the name of the star. 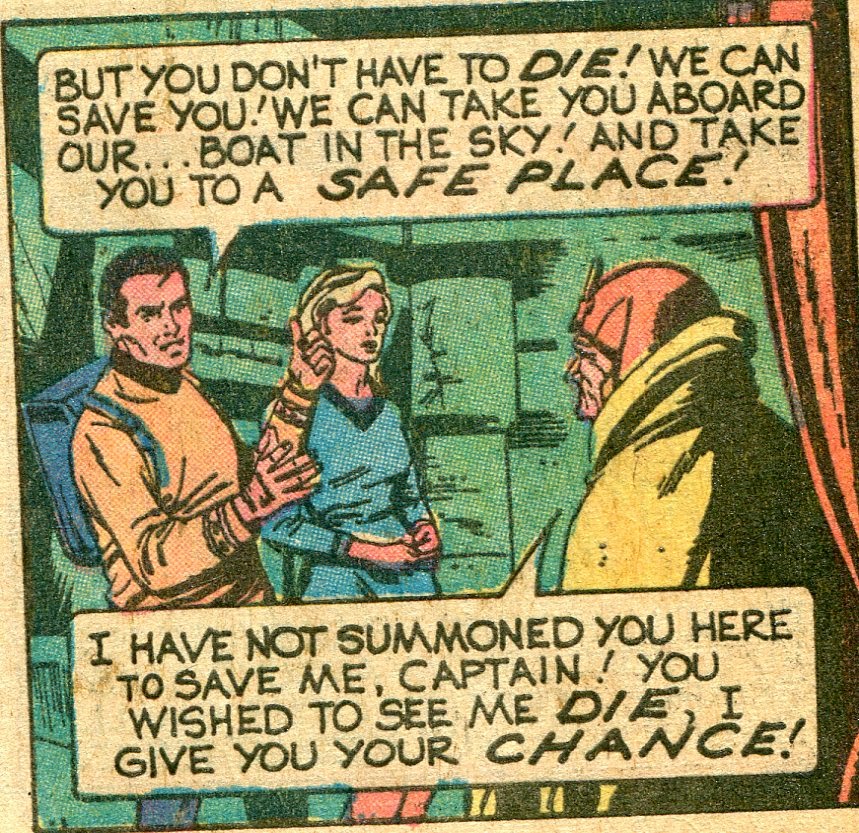 Ancient underground ruins are soon added to the mix--telepathic history tapes tell Kirk and Spock of the rise and fall of a mighty civilization. But those people died out, so why do their sensors keep telling them there are millions of people on the planet?

The answer is awesome--a plot twist that probably never would have been approved for a TV episode, but that I think works perfectly here. The old lady IS the star, taking on human form to spend its final hours on the planet she had nurtured for millions of years. She declines offers to be "rescued" and zaps the landing party back to the Enterprise before her "life" comes to a very violent end.

The writer is named Alan Moniz, whose credits on the Grand Comic Book Database list him as writer for science fiction titles such as Trek and Mighty Samson. Here he constructs a wonderful tale in which he builds up to the plot twist slowly, steadily introducing elements that make it "believable." Alberto Giolitti's striking art work gives the whole tale an appropriately bizarre feel. 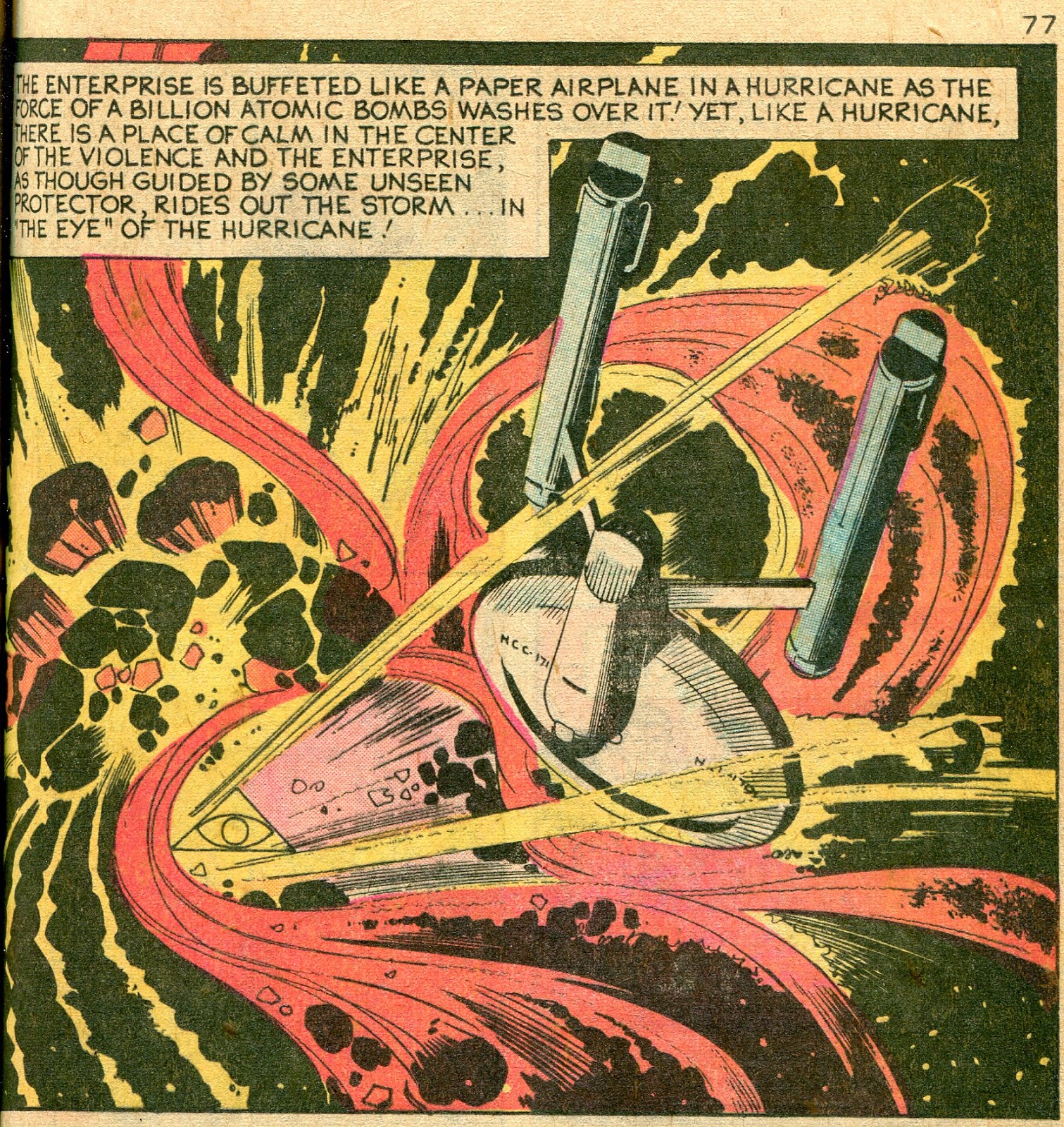 I'm pretty sure Gene Roddenberry would indeed have vetoed an episode that told us stars are actually living beings--Star Trek was, after all, a show that at least gave lip service to scientific realism (even if in practice it a tad short of this more often than not). But in the more outlandish Gold Key version of Trek, living stars are a perfect fit.
Posted by Tim DeForest at 9:00 AM