If I ever own my own space ship/time machine...

Okay, I realize the odds of my ever owning my own ship capable of both faster-than-light travel and time travel are rather small.

But one never knows for sure about such things and it's best to be prepared for just this eventuality.

So I've given the matter some thought and I've come up with what I think would be the perfect crew of alien beings for my very own space ship.

Presuming my ship is fairly small (let's say Millenium Falcon-sized), then I can probably get by with just a few crew members. So we'll start with a Durlan: 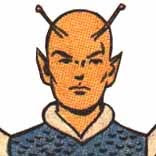 Durlans come from the DC Comics universe--the first Durlan we meet is Chameleon Boy, a member of the Legion of Super Heroes

. They're a race of shapeshifters, able to change shape, size and mass at will. A Durlan can turn himself into anthing from an ant to a dinosaur. They're also smart and technologically savvy. A shape-shifting crewmate who can fix the hyperdrive or plot a course to Alpha Centauri? What more can you want for a space ship crew? 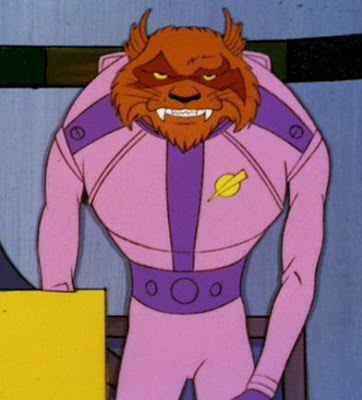 The Kzinti are a carnivorous and violent race, but make friends with one and he'll be a pretty loyal companion. A part of Larry Niven's "Known Space" universe (and also co-opted into the Star Trek universe in an episode of the 1973-74 animated series

), these eight-foot-tall cat-like aliens are also capable of learning advanced technology. And if you get into a fight with some space pirates, there's really nobody you'd rather have at your side than a Kzin. These guys are the ultimate warriors. They love a good fight.

You need to keep him well-fed, though. They are carnivorous, after all. And they have no cultural taboos against eating members of other intelligent species. I'll need to keep a lot of raw meat on board my ship.


And what the hey. Let's add K-9 the robot dog to the crew as well: 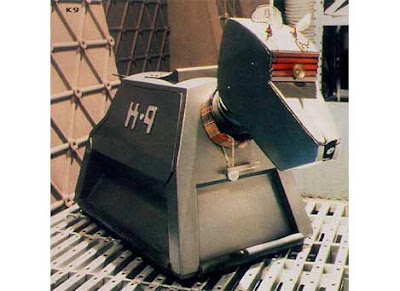 A member of the Doctor Who universe, K-9 is a highly advanced computer capable of swiftly performing the most complex calculations. He's also equipped with sensors that can detect pretty much anything, has a laser in his nose and can generate a powerful force field.


And he's a robot dog! How cool is that?


Of course, he can be defeated by his inability to navigate a flight of stairs, but you can't have everything.


So that's it. Two intelligent aliens and an even more intelligent robot who can together fight or think their way out of pretty much any difficult situation. All I need now is my time and space ship and I'm ready to go.


Of course, I'd have to hope my three crewmen don't start to wonder why they need me along.
Posted by Tim DeForest at 9:00 AM