If you're a cop, DON'T make friends with Charlie Chan

I mean it. Don't go within 50 feet of the man. Especially if you're an old friend from way back. Might as well paint a target on your back.

and I noticed a pattern that stretched over three of these enormously entertaining mysteries. 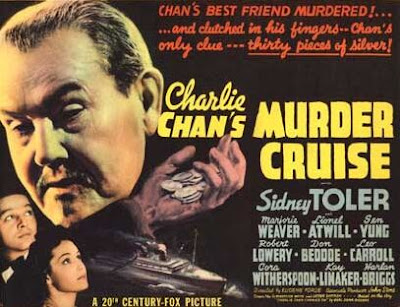 We start with Charlie Chan's Murder Cruise (1940). Chan (played at the time by Sidney Toler) is visited in Honolulu by an old friend--an inspector from Scotland Yard. The inspector has joined a world cruise because he suspects one of the other passengers to have committed a murder. Then, when Charlie steps out of his office for a moment, a pair of gloved hands reach in through his office window and wrap around the throat of the poor inspector. By the time Charlie returns, his friend is dead.


Well, that obligates Charlie to join the cruise and identify the killer. What follows is a well-constructed mystery with great black-and-white photography, a good number of likely suspects and an unusual setting. Charlie fingers the killer in the end, of course. But that poor Scotland Yard guy is still dead. 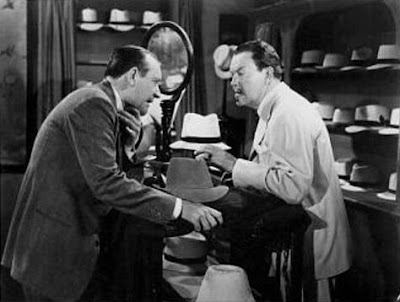 In Charlie Chan in Panama (1940), the great detective has been recruited by Military Intelligence to help catch a spy who's attempting to sabotage the Panama Canal. Charlie goes undercover as the proprietor of a hat shop. But when his contact man gets in touch with him--well, the poor guy finds out smoking really is bad for your health when he lights up a poisoned cigarette.
-
-

The movie is another lively and charming mystery (originally meant to be a Mr. Moto movie, but rewritten for Chan when the Moto series was cancelled), with a really swell climax in which Charlie forces the spy to give himself or herself away. But that poor Military Intelligence guy is still dead, isn't he? 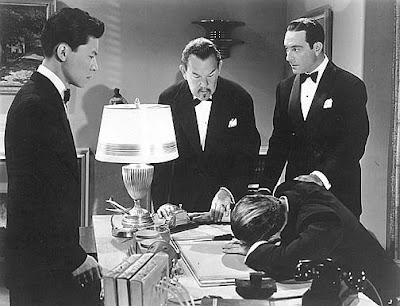 Finally, we come to Murder Over New York (1940). Charlie is flying to New York to attend a police convention. Aboard the plane, he meets yet another old friend from Scotland Yard. The Englishman is serving with his Military Intelligence unit at the moment, trying to track down a German spy who might be responsible for sabotaging the test flight of a new American bomber.
-
-

Charlie offers his help, which is soon needed. Because that night, the Englishman is gassed to death. And his briefcase, containing the picture and fingerprints of the suspected spy, is missing.
-
-

We once again get lots of suspects, a brief appearance by future Three Stooges member Shemp Howard as a con man, and another terrific climax. Charlie once again manages to catch the killer and stop another act of sabotage. But, well, Charlie's lost yet another old police buddy.
-
-

So there you have it. If you're a cop, keep away from Charlie Chan. Run away from him as fast as you can. Because if you don't, you'll get strangled, poisoned or gassed for sure.