I've published another Old-Time Radio Review and Episode Guide as an ebook:

It covers the excellent 1958 Western Frontier Gentleman, which starred John Dehner. Dehner plays a reporter with the London Times who travels the West in search of stories. It was a format that allowed the show to do episodes ranging from straight adventure to tragedy to comedy to quiet character studies. 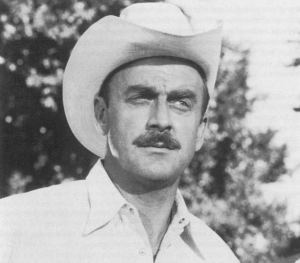 Kendall was a gentleman--but he was no wimp. Carrying a Colt .44, Kendall was willing to become a participant in the stories he covered, never hesitating to defend the underdog. His barely-hinted-at background includes serving in the British Army in India, which gave him the skill he needed to survive in the violent American West.

One of several excellent mature Westerns that followed in the wake of Gunsmoke, Frontier Gentleman lasted 40 episodes.

And here it is for the Nook: Frontier Gentleman